My MSci research project this year is under the supervision of Dr Ian Mellor whose research focuses on how the function of important ion channels of the nervous system are modulated by drugs, pesticides and natural toxins/venoms. My project involves studying the effects of an alkaloid extract from the harlequin ladybird 🐞, which is mostly composed of the alkaloid harmonine, on a type of ion channel found in the brain, called NMDA receptors (NMDARs). This post will explain the basis of the project, its importance, i.e. the scientific reasons for conducting the research, and some of the difficulties that I have faced (yep, it hasn’t been as straightforward as I expected).

Neurodegeneration is the progressive loss of structure and/or function of neurons (cells that carry electrical signals so are fundamental units of the brain and nervous system). This can lead to cognitive dysfunction including memory loss, disorientation, and difficulties completing everyday tasks which characterises many debilitating neurodegenerative disorders. Dementia is one of the leading causes of death in the UK with Alzheimer’s disease (AD) accounting for around 70% of cases. With the global population’s life expectancy rising, neurodegenerative diseases are becoming more prevalent but effective treatments to help manage their symptoms are lacking. Currently a drug called memantine is used to target the glutamatergic system (pathways that consist of the chemical glutamate as the major excitatory neurotransmitter) by blocking a type of ion channel in the brain called N-methyl-D-aspartate receptors (NMDARs) when overactivated by an excessive influx of calcium ions (neuronal excitotoxicity) to treat moderate to severe AD, but there is still room for improvement.

That’s where this little fella (Figure 1) comes in…

You may have seen these Harlequin ladybirds (Harmonia axyridis) dominating the summer months. They secrete toxin from their leg joints as a chemical defence in response to a perceived threat, such as predators. Several novel alkaloid compounds have been isolated from the haemolymph (analogous to blood) of harlequin ladybird, including an alkaloid extract (HAE) which mainly contains harmonine (Figure 2). Harmonine is reported to have antimicrobial and antimalarial properties, which may attribute to the species’ invasive success by allowing resistance to certain diseases and ability to poison native ladybirds. As well as this, previous research has established that HAE has inhibitory activity on insect- and human- nicotinic acetylcholine receptors (nAChRs) which are also found to be implicated in AD. Many toxins/venoms that target nAChRs, e.g. Philanthotoxins, are known to target other ion channels too. Anticholinergic drugs (targeting the neurotransmitter acetylcholine) often show limited efficacy and safety so drugs targeting NMDARs offer a novel approach to treatment.

However, knowledge of HAE’s effects on NMDARs is limited. NMDARs are heterotetramers composed of two mandatory GluN1 subunits (which bind the coagonist glycine) and two GluN2(A-D) subunits (which bind NMDA), but can also include GluN3(A-B) subunits. Through personal communication with Ian, the alkaloid extract is recognised to have inhibitory actions on NMDARs composed of GluN1 and GluN2A subunits. To further characterise the extract’s activity, my research will focus on NMDARs that consist of GluN1 and GluN2B subunits (GluN2B-NMDARs). GluN2B-NMDARs are found to be associated with excitotoxicity and cell death signalling so are thought to be more implicated in neuronal degeneration. Antagonistic effects of HAE on GluN2B-NMDARs could have therapeutic potential for neurodegenerative diseases by limiting neuronal death pathways. Therefore, it is important to develop a better understanding of the extract’s mechanism, selectivity, and potency on NMDARs.

My research is carried out using an electrophysiology method called voltage clamp which controls the voltage across the membrane of a cell and subsequently allows the measurement of current through an ion channel after activation. For my project, unfertilised oocytes from the African clawed frog, Xenopus laevis, are used to express the NMDARs as their large size and tolerance to manipulation makes them ideal to inject into using a nanoinjector and for subsequent electrophysiological recordings. Under the microscope, healthy oocytes have well defined animal and vegetal (dark and light) poles which look a bit like Aero chocolate bubbles (Figure 3), I can’t vouch for the taste though.

The very first step for me is to produce the NMDAR subunits to inject into the oocytes as they don’t endogenously express the ion channel protein. This is done by obtaining cDNA templates of the NMDAR protein (both GluN1 and GluN2B subunits to form the functional ion channel), transcribing the cDNA into mRNA, then injecting the mRNA into the oocytes. Within 2-3 days, the oocytes’ translation machinery should translate the mRNA into protein which folds into its ion channel conformation and is transported to the membrane of the oocyte to form functional ion channels.

Successful NMDAR expression can be confirmed by electrophysiologically (Figure 4) detecting the channel’s signature current response in response to application of NMDA and glycine agonists which should activate the ion channel. I am then able to experiment with the HAE. Simple, right?

Wrong. A lot of the stages involve hours or even days of waiting time. Unfortunately for my project, there have been several setbacks within the steps which meant getting to the stage of experimenting with the HAE has been delayed. Some of the main issues included:

Recently, we tried injecting plasmid DNA straight into the oocytes instead of transcribing into mRNA first which identified some expression (finally!). The issue with this is that the DNA must be precisely injected into the oocyte’s nucleus (through the darker animal pole, Figure 5) and that it would take longer for the NMDARs to express as the oocyte must transcribe the DNA into mRNA itself first then translate into protein.

Despite the delays this may cause, I aim to be underway with taking electrophysiological recordings to determine the effects of HAE on NMDAR-mediated current in no time… so it’s worth following my blog to stay updated with the progress that I’m making!

To summarise, scientific research doesn’t always go according to the timeline that you planned, even with contingency plans. The best thing that I can do is keep trying because at the end of the day, there could be potential for AD patients to live in harmony with harmonine.

One thought on “Living in harmony with Harmonine” 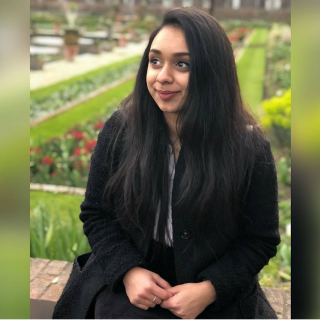 I'm a fourth year MSci Biology student at the University of Nottingham, with particular interests in sharing 'Riddhiculously' interesting scientific research and news in neurobiology of disease, healthcare, medical genetics, and cancer biology.

Q: What do biologists wear on their first date?
A: Designer genes.

Q: How do astronomers organise a party?
A: They planet.

Do you want to know how often I tell element jokes? Periodically.

I used to know a lot of science jokes, but now all the good ones argon…